The “beautifully complex” (Woman’s Day) classic that made Kristin Harmel a superstar follows a woman who must travel from Cape Cod to Paris to uncover a family secret for her dying grandmother that could change everything.

Updated with a new author’s note and recipes for this 10th anniversary edition!

At thirty-six, Hope McKenna-Smith is no stranger to bad news. She lost her mother to cancer, her husband left her, and her bank account is nearly depleted. Her own dreams of becoming a lawyer long gone, she’s running a failing family bakery on Cape Cod and raising a troubled preteen.

Now, Hope’s beloved French-born grandmother Mamie is drifting away in a haze of Alzheimer’s. But in a rare moment of clarity, Mamie realizes that unless she tells Hope about the past, the secrets she has held on to for so many years will soon be lost forever. Tantalizingly, she reveals mysterious snippets of a tragic history in WWII Paris. Armed with a scrawled list of names, Hope heads to France to uncover a seventy-year-old mystery.

What follows is “an immersive and evocative tale of generations struggling to survive” (Publishers Weekly) as Hope pieces together her grandmother’s past bit by bit. Uncovering horrific tales of the Holocaust, she realizes the astonishing will of her grandmother to endure in a world gone mad. And to reunite two lovers torn apart by terror, all she’ll need is a dash of courage, and the belief that God exists everywhere, even in cake.

Purchase The Sweetness of Forgetting: 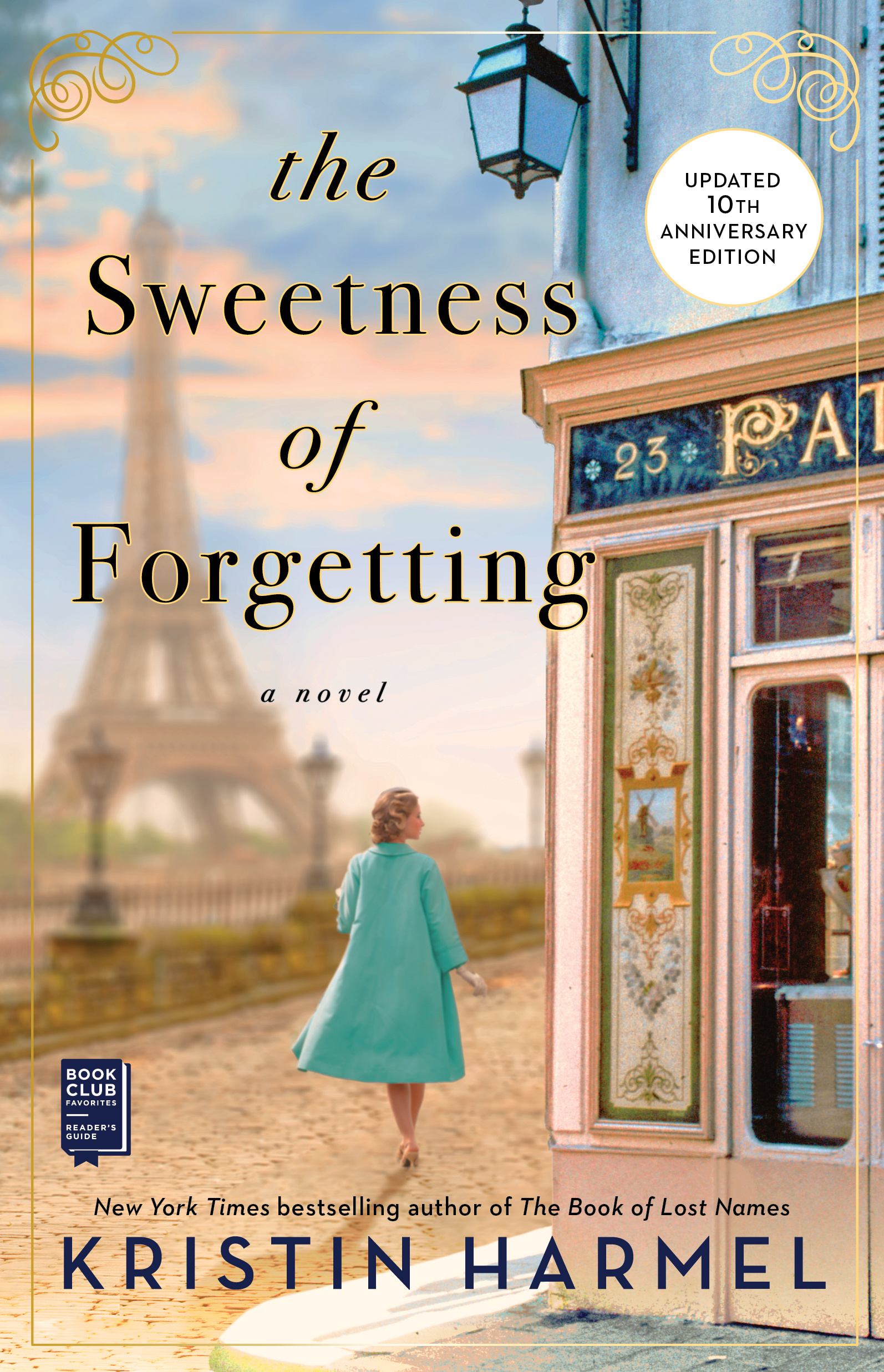 “An immersive and evocative tale of generations struggling to survive.”

“THE SWEETNESS OF FORGETTING is absolutely enthralling and full of twists and turns that add to the drama and keeps the tale moving along. Author Kristin Harmel does a magnificent job of telling this saga of one family’s search for understanding. She also handles her approach to Alzheimer’s disease with gentleness and understanding. Readers will remember THE SWEETNESS OF FORGETTING long after the final page is turned.”

“Kristin Harmel’s novels are written with a lot of heart and soul. She has a way of bringing the reader into her stories in such a powerful way that they can often forget they’re reading at all. The Sweetness of Forgetting may just be Harmel’s best book yet.”

“Kristin Harmel writes with such insight and heart that her characters will stay with you long after you’ve finished her books.”

Stay in the loop with all things Kristin!